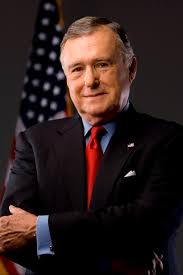 Maurice Ferre served as a Commissioner for The City of Miami and in the Florida House of Representatives for District 112. He was elected for six terms as mayor of the City of Miami from 1973-1985. In 2010 Governor Rick Scott appointed him to serve on the Florida Transportation Commission. He has also served on the boards of the Miami Dade County Expressway Authority and the Intelligent Transportation Society of America. Born in Puerto Rico, he earned a B.S. in architectural engineering from the University of Miami.

In 1980, as Mayor of Miami, Ferré was instrumental in supporting the creation of the Metro Rail System. At the time, it was the single largest, self-driven people mover rail system in the U.S., which included 26 miles of track and 20 stations. In 1994, he was vice chair of the Miami- Dade Board of County Commissioners chairing the Miami Marketplace: Destination 2001. The committee analyzed the infrastructure investment needs for a master plan that included Miami International Airport (MIA), the Port of Miami and a principal transportation spine in Miami-Dade County. As a result, $16B of projects were planned, designed and constructed over the past 20 years in Miami which include the No. 1 cruise ship port in the world and the No. 1 container ship port in Florida. The panel also included $4B for the Miami Intermodal Center (MIC-MIA) for the principal access roadways to the airport.