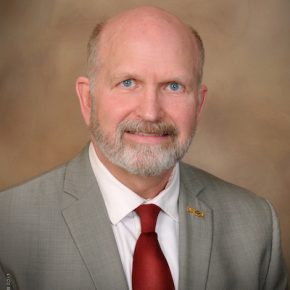 Joe Waggoner is the Executive Director and CEO of the Tampa Hillsborough Expressway Authority (THEA) – a dynamic transportation agency that owns, manages and operates the Selmon Expressway, Meridian Avenue, Brandon Parkway, and the Selmon Greenway. THEA serves 1.8 Million customers per year and over 200,000 daily commuters,on the Selmon Expressway. Waggoner is an internationally recognized thought leader with over four decades of public sector experience in a variety of transportation modes within the transportation industry. He and THEA are committed to bringing the best technology and progressive concepts possible to address our transportation challenges. THEA’s forward-thinking approach to find solutions to regional congestion first brought the agency international recognition with the opening of The Reversible Express Lanes (REL). That project attracted transportation leaders from around the world, won dozens of awards, and has been replicated at other locations in Florida and Georgia. Under Waggoner’s leadership, the Selmon Expressway converted to an All-Electronic Tolling System, making it the first expressway in Florida to be entirely electronic. More recently THEA was awarded a grant from the USDOT to implement a $22 million Connected Vehicle Pilot Project that allows vehicles and infrastructure to communicate for delivery of a safer and more efficient travel experience for all modes of travel. That project was recently inducted into the ITS World Congress Hall of Fame as the 2019 Americas Winner. The ITS Hall of Fame was created to recognize luminaries and true thought leaders in the ITS field. Waggoner’s sound fiscal leadership strategies have helped the agency to become a top-ranked credit performer. During his tenure THEA has risen 3-steps on national bond rating scales. This achievement has placed THEA in a sound financial position to deliver over $1 billion worth of capital improvements to the Selmon Expressway over the next 10-years. As a community champion, he is a key leader in public-private partnerships for multimodal transportation, transit-oriented development, and walkable neighborhoods, The Selmon Greenway accommodates pedestrians and cyclists – mostly in the shade of the expressway – and connects the City’s Riverwalk to Ybor City. Pocket parks line the Greenway with public art commissioned by THEA, places to sit, and landscaping to enjoy. The first of these pocket parks along the Greenway was the Deputy Kotfila Memorial Dog Park.

Waggoner has more than 40 years of experience working in transportation. During his distinguished career, he has built a legacy of organizational leadership, fiscal acumen, and innovation. He possesses a broad perspective on crucial transportation issues and the experience to develop sound, state-of-the-art transportation solutions. Prior to joining THEA, he spent 28 years with the Maryland Department of Transportation (MDOT) in various capacities.

Waggoner holds an undergraduate degree in Geography and Environmental Planning from Towson University, and a master’s degree in Public Policy from the University of Maryland, College Park.