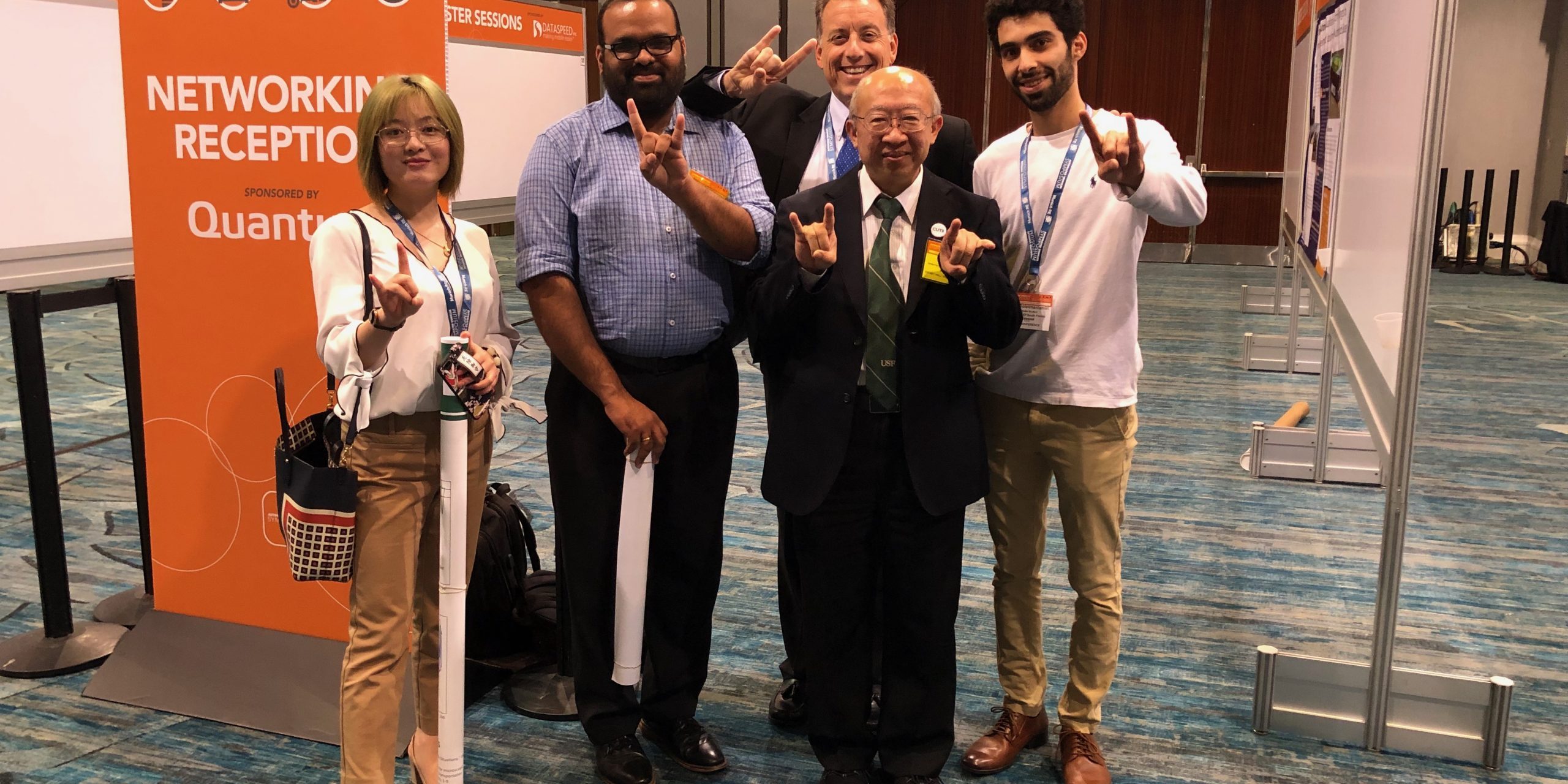 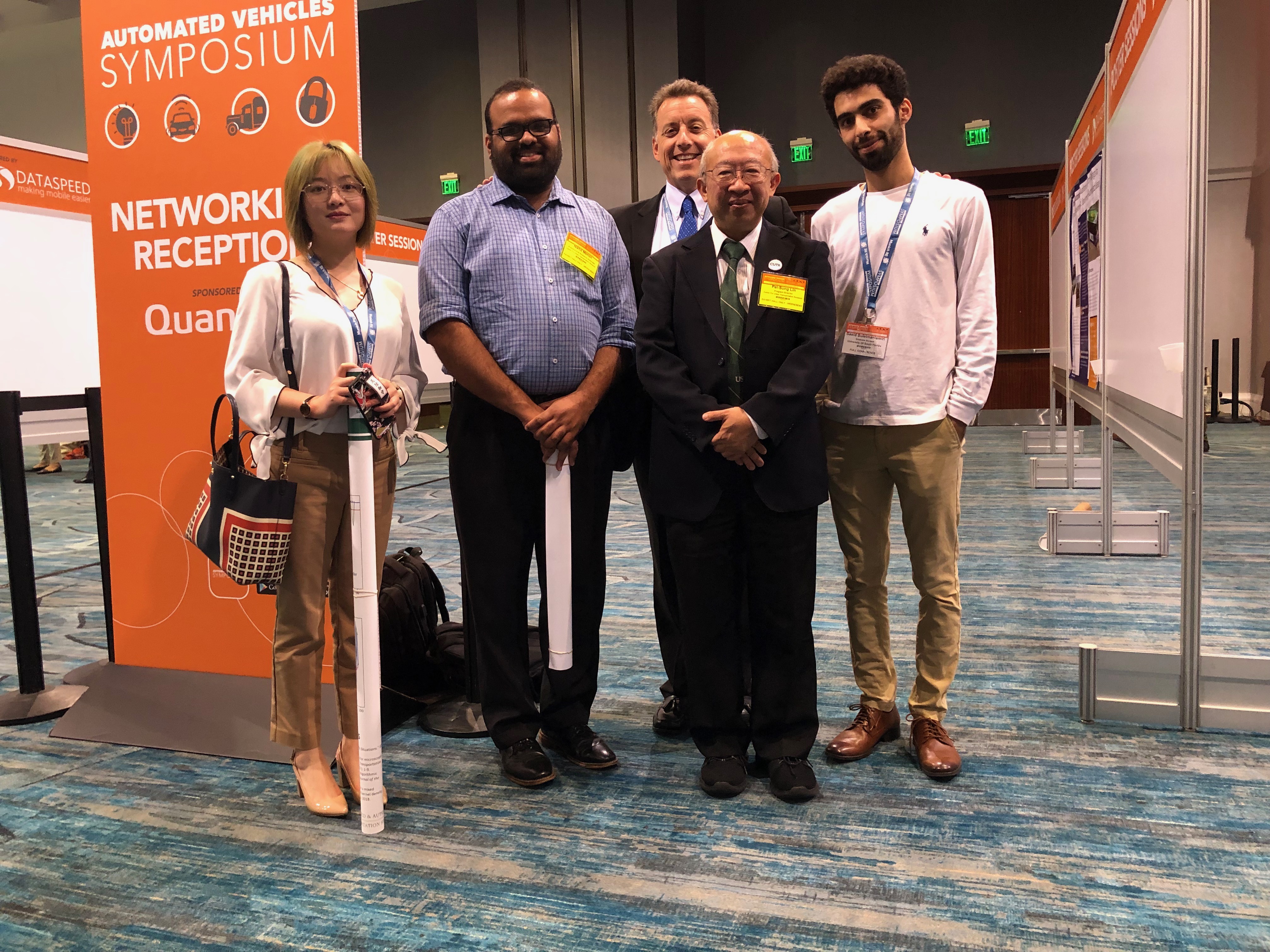 CUTR was excited to actively participate in the 2019 Automated Vehicles Symposium (AVS) in Orlando, Florida.

Through July 15-18, 2019, CUTRites presented posters and networked with colleagues.

“[It] was a great opportunity to attend this conference and learn more about things happening in the autonomous industry and its future,” Student Research Assistant Omkar Dokur said.

The current study reveals valuable findings from an automated shuttle demonstration at a public university in Florida. A one-week demonstration was held in February 2019 with over 500 people riding in the automated shuttle and participating in onboard surveys. The university campus was chosen as universities are often a fertile ground for testing and early adoption of such technologies. Further, a majority of students represent the generation that will comprise a significant share of the future users of these technologies, and their varied opinions on emerging technologies make it an important population to conduct these studies. The current study adopted a three-dimension approach to analyze the performance of automated shuttles: (i) Onboard surveys were conducted with all of the automation shuttle riders and information relating to riding experience and customer perceptions on safety and operations; (ii) field observations were conducted during the demonstration to better understand the various interactions between automated shuttle and road users; (iii) expert’s assessment regarding safety, efficiency, and functionality of an automated shuttle.

*Yu Wang, Ph.D. Candidate, CUTR
“Dynamic Trajectory Control of Mixed Traffic Based on Reinforcement Learning”
This work targets at two pressing obstacles on the way to deploy CAVs. Firstly, although the emerging connected and autonomous vehicle technologies enable the precise control of vehicles, not only individually but also for a complete stream of traffic, which significantly improves the possibility of optimizing overall traffic performance by accurately implementing vehicle trajectory optimization algorithms, CAVs are unlikely to replace all the human-driven vehicles (HVs) all of a sudden. For the near future, human factors are inevitable and a question in the transportation research field is that, how we can control vehicle speed profiles in mixed traffic, which includes both CAVs and HVs, to achieve the optimal traffic performance of the whole vehicle platoon. Besides, how to coordinate existing infrastructures with vehicle automation technologies is another problem waiting to be solved. This work investigates signalized intersection scenario, taking both CAV control in mix traffic environment and infrastructure information into consideration. This work contributes to speed up the process of implementing CAV technologies in the near future.

Our colleagues in Germany presented the following:

*Tanja Niels, Ph.D. Candidate, University of Munich
“Smart Intersection Management for Automated Vehicles and Pedestrians”
According to recent studies, reservation-based intersection control systems that take advantage of the abilities of vehicular communication systems and automated driving offer benefits regarding both traffic safety and intersection capacity. In these studies, non-connected and non-automated road users are usually not taken into account. However, many use cases of automated driving occur in cities, where vehicles share the road with vulnerable road users, e.g. pedestrians and bicyclists. This poster proposes new control strategies for considering pedestrians in automated intersection management systems. In the developed strategies, conflicting trajectories of vehicles are resolved and turning movements of vehicles are not allowed while pedestrians are crossing the street. All control strategies are implemented and tested on a four-leg urban intersection using a microsimulation platform and a set of demand scenarios. The poster shows how pedestrians can be included into an on-demand control and that the level of service for both vehicles and pedestrians can be improved.

*Peter Zechel – Ph.D. Candidate, Bundeswehr University Munich
“Probabilistic Occupancy Prediction for Autonomous Vehicles”
The poster presents a new approach to predict the occupancy areas of surrounding vehicles for autonomous driving. These occupancy areas should be as small as possible to provide enough drivable space for the ego vehicle but simultaneously large enough to almost certainly include the real movement. For this purpose, a probabilistic overapproximativ prediction of the driver behavior is calculated, which results in the probability of presences. The predicted occupancy area can be determined on the basis of this probability as a function of defined accepted risk. In the first step a physical model is used to determine the possible presence locations. The subsequent assessment of the movement options based on the statistically representative driver behavior, static objects and dynamic objects allows determining the probabilities of presences. Finally, a real-world data assessment confirms that this new approach reduces the occupancy area size while keeping the error rate low. 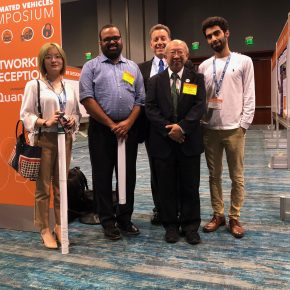 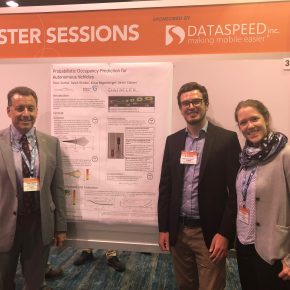 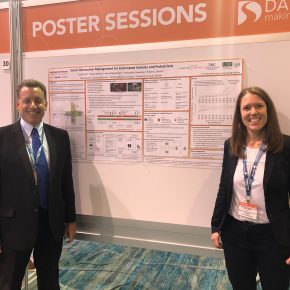 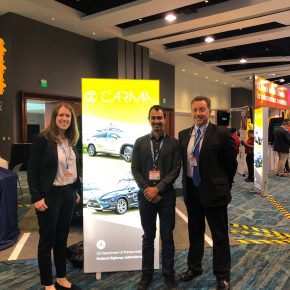 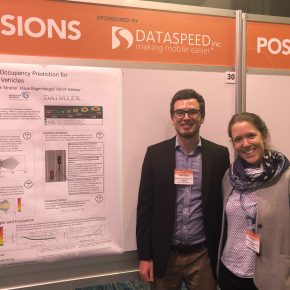 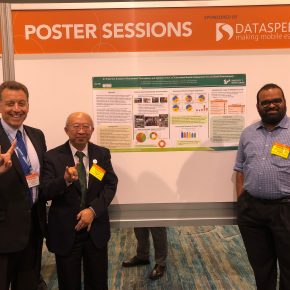 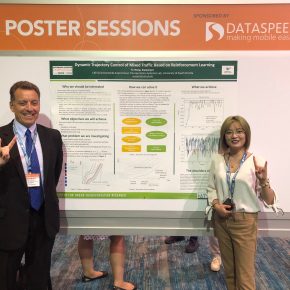 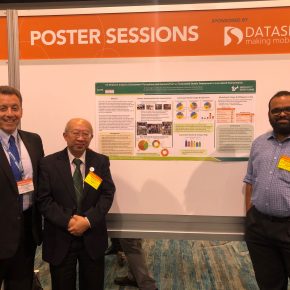 TRB Webinar: TCRP Synthesis 145: Current Practices in the Use of Onboard Technologies to Avoid Transit Bus Incidents and Accidents
11/04/2020