You are here:
About CUTREvents 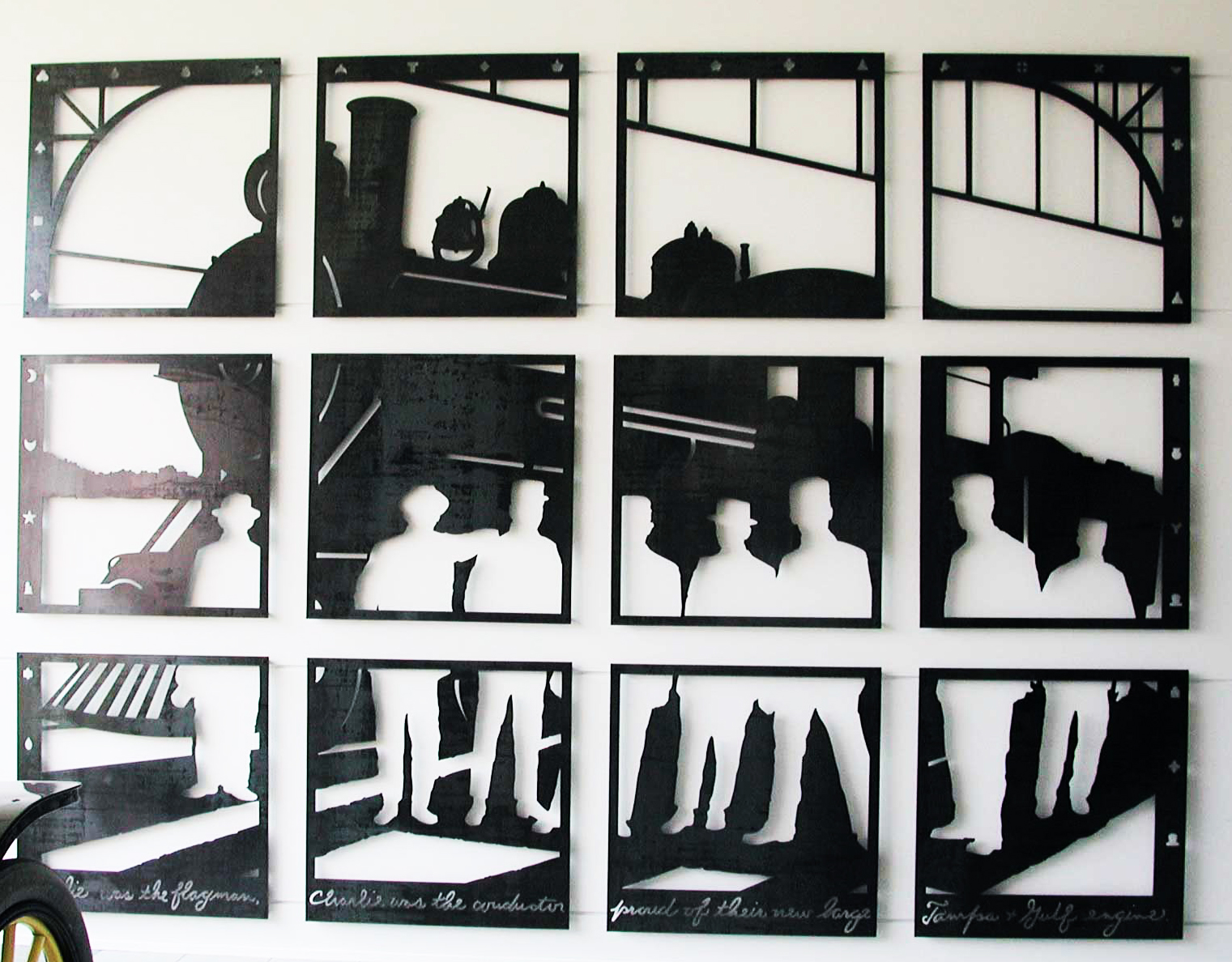 The imagery and text were sourced from a historic photograph, from the collection of the Matheson Historical Center in Gainesville, Florida. 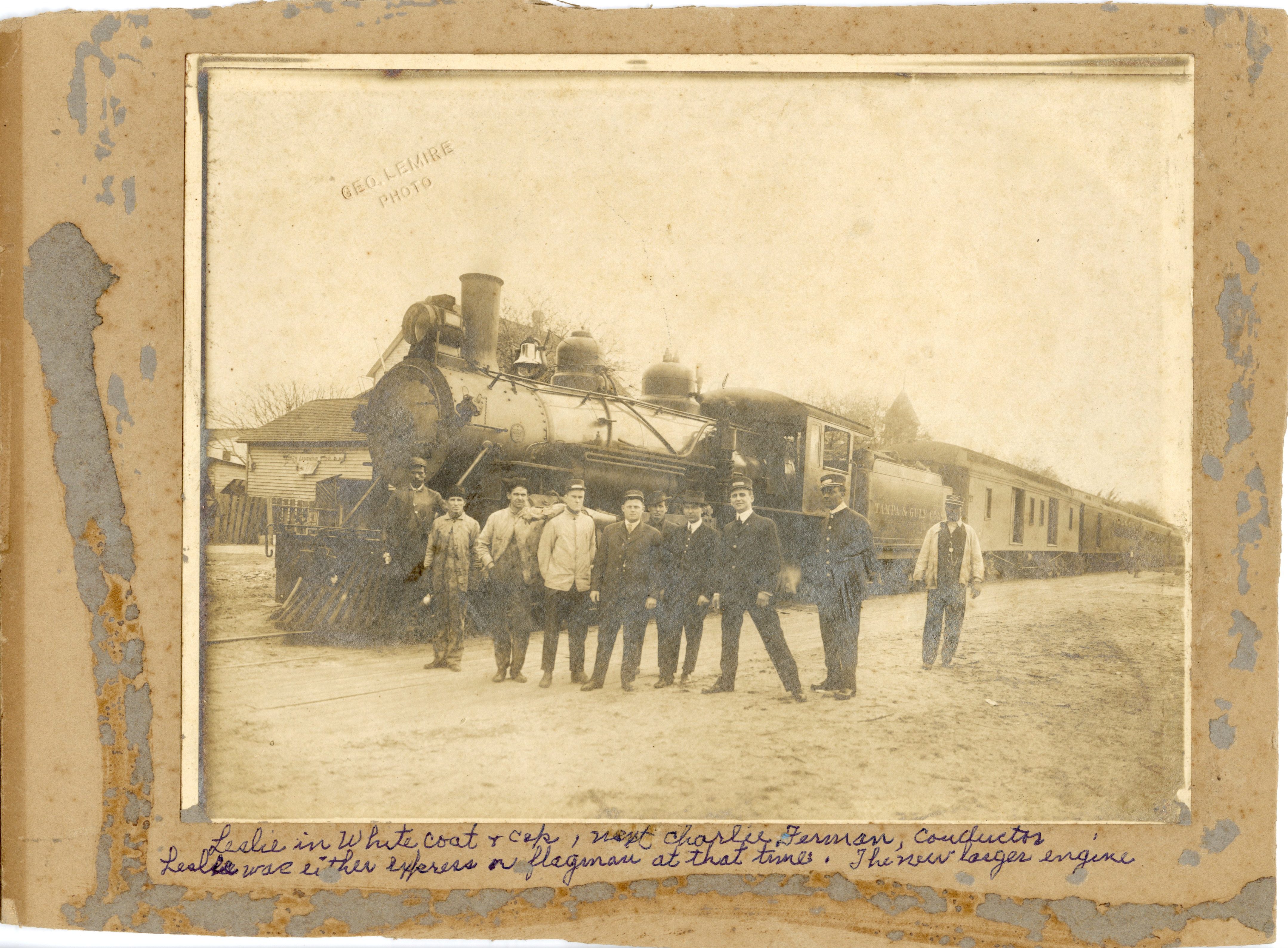 PROJECT DESCRIPTION:
Housed in the USF Center for Urban Transportation Research (CUTR), the site-specific installation utilizes materials referential to the railroad transportation industry to depict railroad workers standing in front of a new Tampa and Gulf Engine at the Waldo Train Station. The imagery and text were sourced from a historic photograph, from the collection of the Matheson Historical Center in Gainesville, Florida. The work, titled Waldo, honors the innovation and industry ushered in by railroad transportation and its workers as vital contributors to the region with text at the bottom of the twelve-panel installation that reads “Leslie was the flagman, Charlie was the conductor proud of their new large Tampa + Gulf engine.”

The Florida Railroad was a major factor in the development of the State and initiated a new era of progress and growth. The railroad provided access to vast areas for expansion and created the long-awaited coast-to-coast shipping route across the State. The railway line to Tampa, one of the last to be completed, was operated through the connection at the railroad town of Waldo, located in the northern part of the state. 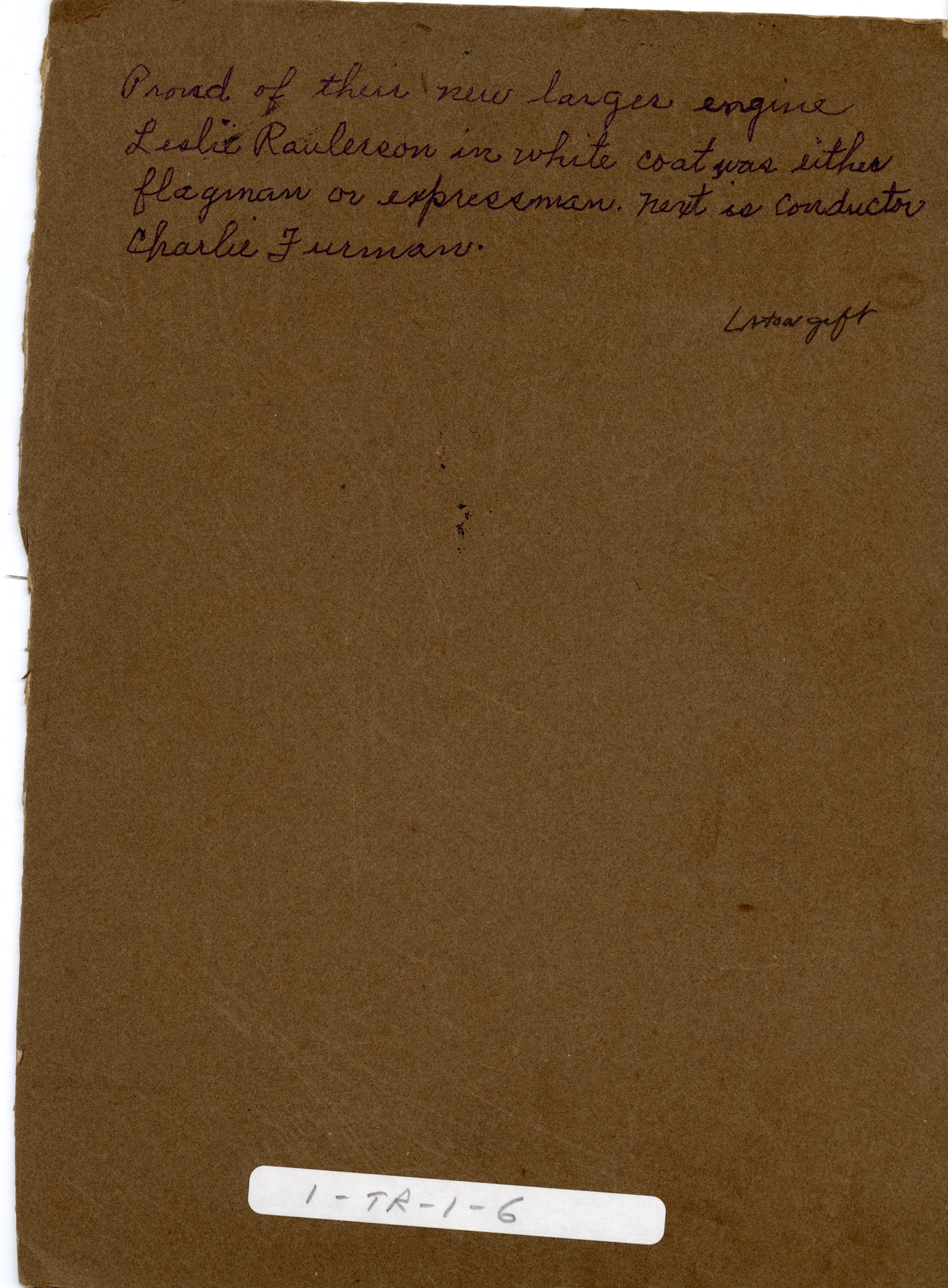 “Proud of their new larger engine Leslie Rauleseon in white coat was either flagman or expressman. Next is conductor Charlie Furman.”

Heipp has an extensive national exhibition record including over twenty-five solo exhibitions at museums and galleries. His paintings and installations are included in numerous public and private collections nationally including the Jacksonville Museum of Contemporary Art, the Harn Museum of Art, Polk Museum, the Progressive Companies, Miami University, and the City of Seattle.

Heipp has received four State of Florida, Individual Artist Fellowships, a Southern Arts Federation, National Endowment for the Arts fellowship in painting, and was honored by the Southeastern College Arts Association with the Outstanding Artistic Achievement Award in 2006. In addition, Heipp was awarded a Research Foundation Professorship in 1999, and was honored as the University of Florida’s 2007/08 College of Fine Arts Teacher of the Year.

Richard Heipp received his MFA from the University of Washington, and his BFA degree from Cleveland Institute of Art.

Waldo made possible by Florida’s Art in State Buildings Program.