You are here:
CUTR Research Reports and PublicationsMobility PolicyMP Projects 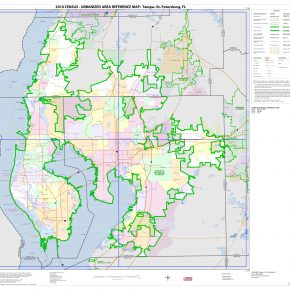 Purpose: The objective was to investigate the significance of socioeconomic factors, roadway characteristics, and other factors in explaining the probability of pedestrians dying once involved in vehicle crashes.

Methods: Using individual pedestrian crashes and related characteristics in urbanized areas of Florida during 2011-2015 as well as Census tract-level data on socioeconomic factors from the American Community Survey, this study statistically identified and determined the significance of socioeconomic factors, roadway characteristics, and other factors in explaining the probability of pedestrians dying once involved in vehicle crashes. The binary logistic regression was performed on the crash data and the odds ratio of statistically significant factors was estimated.

Results: While the socioeconomic environment as measured with ACS data at the tract level was not found to play any statistically significant role, many other attributes were found to play both a statistically and numerically significant role in increasing a pedestrian’s chance of being killed once involved in a vehicle crash. These attributes include the vehicle’s travel speed, substance abuse by pedestrians and drivers, senior pedestrians, heavy-duty trucks, curved roadways, dark or near dark conditions, etc. For example, the odds for a pedestrian being killed once being hit by a vehicle if the pedestrian’s BAC level is at 0.08% or higher is about 58 times that if the pedestrian’s BAC level is zero. Future research is suggested to assess the sensitivity of the significant impact of substance abuse by pedestrians on their chance of being killed on alternative specifications of substance abuse as independent variables, alternative specification of the dependent variables, and an explicit treatment of the possible endogenous nature of substance abuse testing results in crash data.